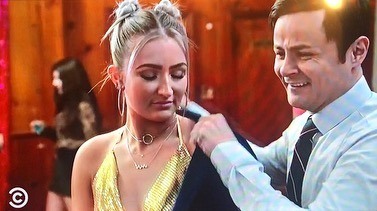 The day Morgan, a dancer and actress, was given her first speaking role on set was also the day she was invited to access a powerful new kind of voice: a union.

This day was a HUGE step in my acting career. I was working on a Comedy Central show called Alternatino. I was hired as a featured dancer, but didn’t have speaking lines. While I was on set, I was given a script. They gave me lines! From that day I was eligible to join the actors union. There is a wide variety of wonderful things about joining. Health insurance, much better pay and there is always someone looking out for you. While on set, there is always someone from the union there to protect the union members working. Making sure everyone is getting the correct pay, everyone is fed, safe, and healthy.

Trending Philly Museum of Art Strengthens Its Mission Through Unionization

Trending Unions On Your Side @lafoodiegirl