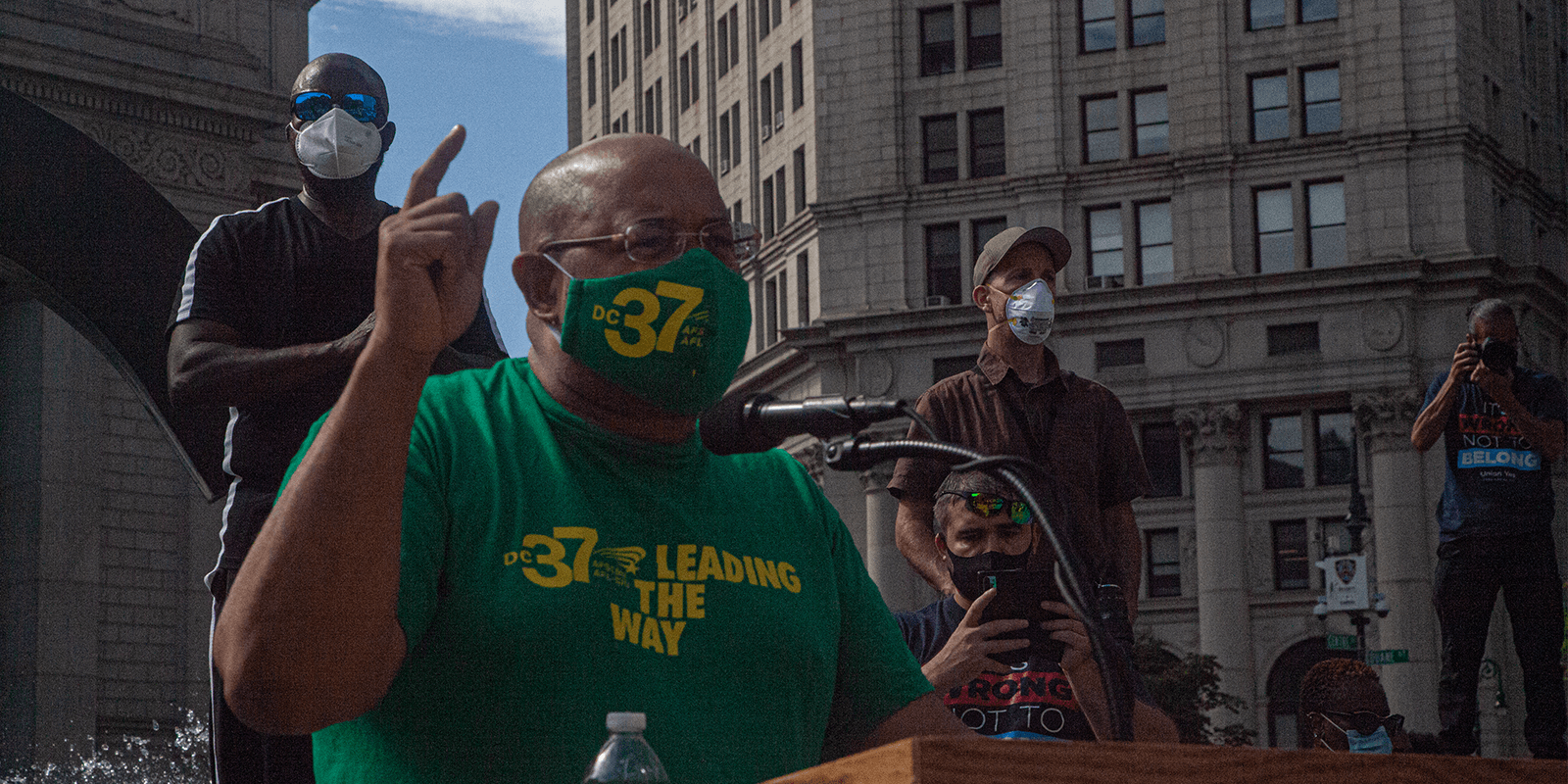 New York City is proposing to lay off 22,000 front line public sector workers as a consequence of the coronavirus pandemic, and the workers in question are demanding state action to avert the crisis.

AFSCME District Council 37 Executive Director Henry Garrido is leading a three-point proposal to city and state leadership aimed at curbing the job loss. Garrido’s description of the package includes “an early retirement incentive, to authorize borrowing for the City of New York, and…a package of revenue bills including a millionaires and ultra-millionaires’ tax to generate desperately needed revenue.”

Hundreds of workers also gathered for a socially distanced rally earlier this month to protest the layoffs and illustrate the effect they would have on the City. The layoffs would be far reaching and would curb municipal infrastructure and operations, including essential services such as garbage collection, water sanitation and treatment, and 911 operations.

New York City’s crisis is not an anomaly, but is reflected in many cities across the country as the economy continues to struggle through the COVID-19 pandemic and national leadership fails to provide much needed aid to cities, states, and individuals.

Covid-19 It Takes a Village to Beat the Virus @shey.lovesnatures