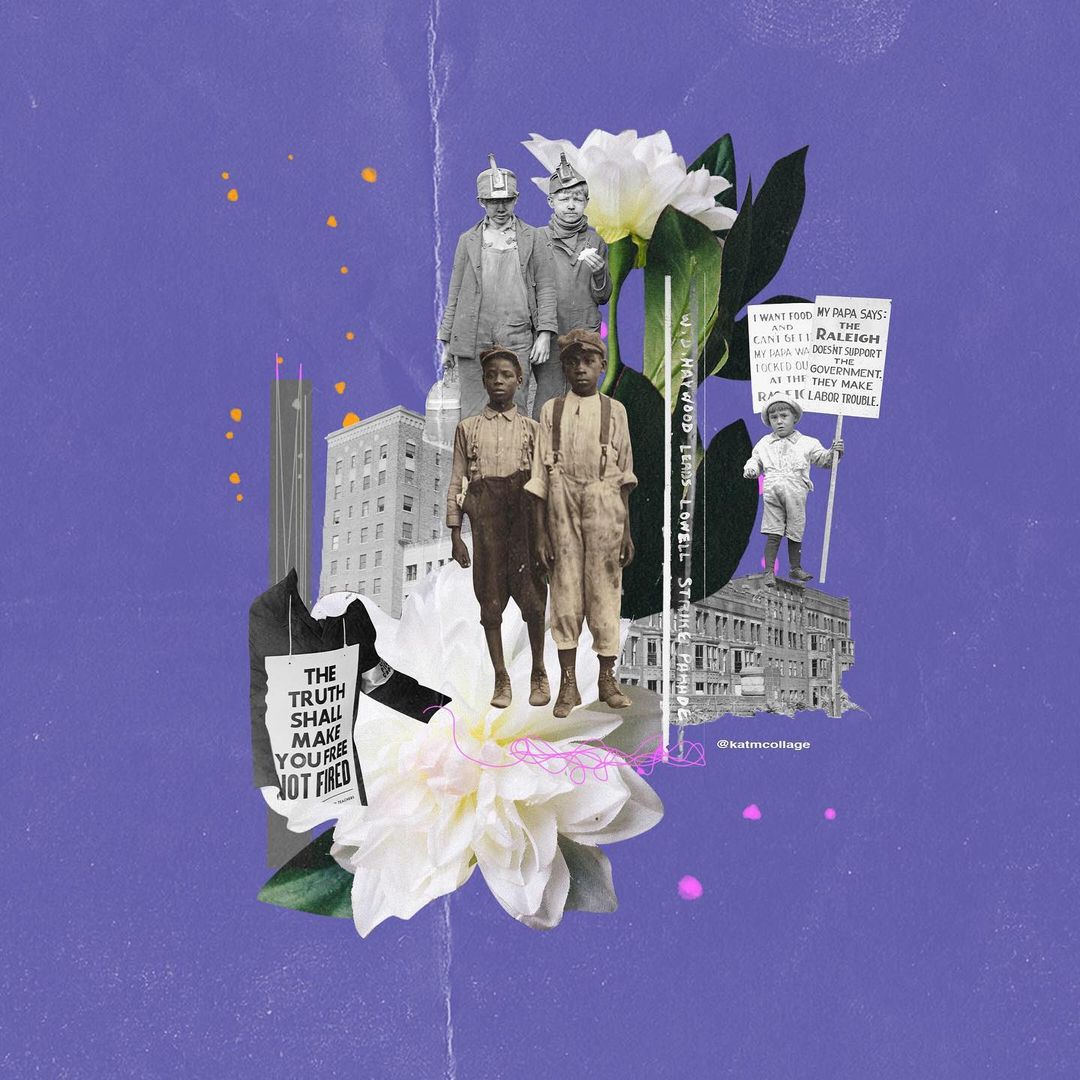 Past, Present, and Future

Katherine, a collage artist, is combining her knowledge on the history of unions with a testament to how important they continue to be today to create a picture of what she hopes the future will be for workers across the country. Never has labor been such a work of art!

“The Labor movement started during the industrial revolution in the late 19th century. People moved to cities to work in factories because America was becoming more advanced and growing quickly.

But the workers weren’t the ones getting rich. It was only their bosses. Because they were paying the workers low wages for long hours.

So the industrial workers joined forces and Unions were born.

They wanted to fight for better conditions.

The labor movement and the creation of unions led to the 8 hour, 5 day work week we still have today. It also banned child labor…

It is undeniable that the presence of unions is CRUCIAL for our country. It is unfortunate that we are seeing a decline in unions for the last many years. The balance of power between companies and workers have been scaling toward big business. That’s why we need unions- they balance the power of workers with corporations by allowing workers to join forces to get better working conditions, healthcare benefits, and a minimum wage. Things that you have today because well…UNIONS!”

Covid-19 “I have 7 patients and I have to use this same exact PPE for all of them, for the whole shift.” @ajtn_

Covid-19 “I have 7 patients and I have to use this same exact PPE for all of them, for the whole shift.” @ajtn_